A Time to Remember…and Move Forward 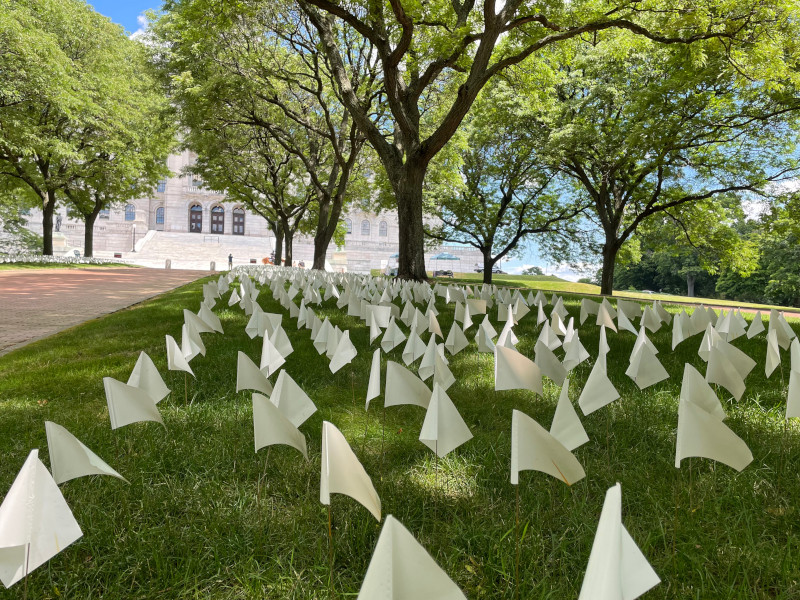 She was sitting alone on the grass, kneeling by the white flag placed along the walkway to the State House. A few tears gently rolled down her cheeks. It was a bit of a miracle. The flag before her was just one of 3609 white flags placed along the walk. It was her husband’s flag. The day before some of his coworkers from the DOT came to the memorial, decorated a flag especially for their fallen friend, and replaced one of the plain white flags, with the one the made honoring him. Among the sea of flags, she found the one. It was a chance for her to grieve, to say goodbye to her husband whom she lost during the years we’ve been fighting COVID.

Some of us know all too well the stories of the families that have been unable to grieve in the usual ways during the pandemic. Funerals were not allowed, or only held outside, or restricted to 5, or 10, or 15 people. Many were unable to be with their loved ones when they passed and could only stand outside a nursing home window, waving to or praying for their loved one. 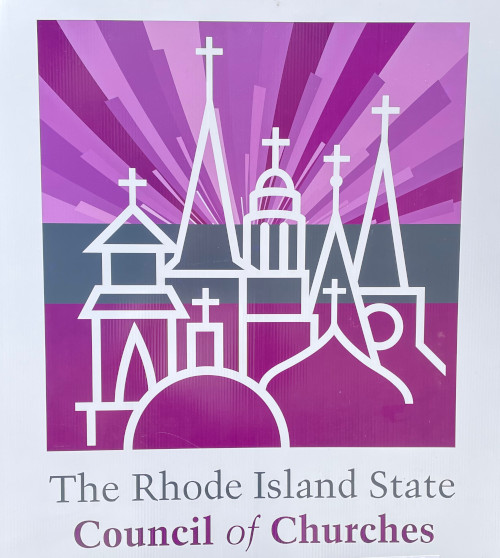 Like so many other aspects of life during the pandemic, dying has been different. This week, the state Council of Churches provided an opportunity for Rhode Islanders to grieve publicly for their loss.

What also made the story of this particular woman so powerful, was that the minister who approached the young widow happened to be the same minister who spoke with her late husband’s coworkers when they stopped by. She was able to hear their stories and then pass them along to her. A blessing many fold.

The blessing for me is that I was able to be a part of it, to witness it, to see God working in these mysterious and amazing ways. Just by being present at the memorial as a chaplain, I was able to affirm that her husband mattered, that someone (many someone’s, actually) was willing to take the time to honor and remember him, even if we never knew him. And by meeting her, and sharing in this act of remembrance, I was able to honor both him and the love they shared together. 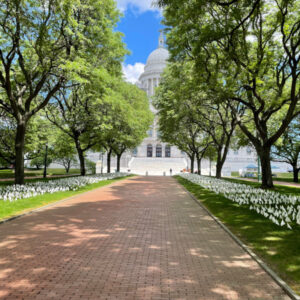 This woman’s story is just one of thousands from our state and over a million in our country. In many ways most of us have moved past Covid. Life, although not the same as it was, has returned to something that resembles “normal.” We anticipate that this trend will continue. But some things will never return to the way they were. We are different. The world is different. How Covid has impacted us and our culture is yet to be fully realized. The same way that the Great Depression or World War II changed those who lived through them, this has changed us.

An interesting reality is that we may have some say on how this happens, on what changes are carried on going forward. If you could choose how you would like the world to be different “post-pandemic” what would you decide?  How would you change things? What would you like to be different? And then, an interesting follow-up question is, “What are you doing now to help make that so?” We are not just victims being tossed around by the winds of change. We have agency to impact those winds and enact change.

A few weeks ago I chose to participate in the Rhode Island State Council of Church’s Covid Memorial. I chose to go this week and be present. And in doing so, I impacted at least one woman’s journey, one woman’s experience of grief and love. And I impacted myself as well. What can you do today to make this new reality we are living into a better reality than the one that came before?