You may have heard that because of last month’s electrical storm in our area, several of our church’s electronic components were damaged (and since repaired). Lightning struck so near to our church, seeking ground, that it traversed our building. Animals are said to ‘go to ground’ when they sense danger. Grounding is also a physiological technique to seek wellness and equilibrium in times of anxiety or stress.

So, what does it mean to seek grounding? And why does creation itself seek grounding during times of distress? Genesis 2 tells us, “God crafted the human from the dust of the humus and breathed into its nostrils the breath of life, and the human became a living soul. And the Sovereign God planted a garden in Eden, in the east, and there placed the human who God had formed. Out of the ground the sovereign God made grow every tree pleasant to the sight and good for food, and the tree of life in the middle of the garden, along with the tree of the knowledge of good and evil.” God instructed the human to till and tend the garden and gave the human instructions to eat freely (with one exception of the tree of knowledge of good and evil). Not only is the human grounded in the garden, tilling and tending, but is also of the ground itself. Going to ground is like returning to the beginning. 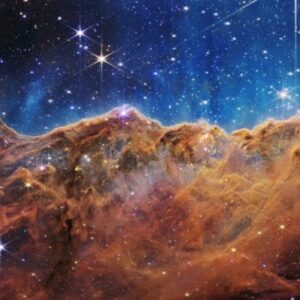 As the James Webb Telescope images are revealed, there is a vast cosmos that humans have yet to experience. The spectrum from dust of the earth to infinite cosmos is incalculable. We’re at once mesmerized by the unknown and rooted in our local dust. Author Sallie McFague writes in The Body of God, An Ecological Theology, “The common creation story radicalizes both oneness and difference…On our tiny planet alone biologists have found in a single square foot of topsoil one inch deep and average of 1,356 living creatures…from one millionth of a gram of matter, unimaginable unity, has evolved unimaginable diversity, not only in the vast galactic realms of the observable universe but also in equally inconceivable ways, on our planet. (McFague, 1993)

McFague reminds us that the common creation story prioritizes embodiment. When humans tackle the difficult challenges of life on this planet and the equally difficult task of making meaning of that life in relationships with others, we are doing so as embodied creatures. For Christians, Jesus exemplifies this experience. He taught us how to live as embodied humans individually and corporately. 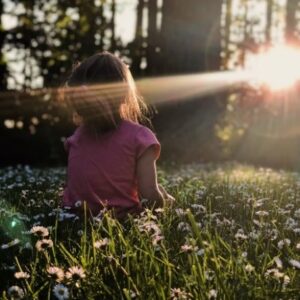 As we face those challenging moments and peoples in our lives it is easy to forget Jesus’ example of behavior. And it is even more difficult to see ourselves as equally embodied creatures made from dust and set in a garden to tend and till. Forgetting that basic creation story can bring us to disconnection from creation and the Creator.

Grounding brings us back to embodiment and connection. Lightening seeks ground, animals burrow, and humans need connection. We crave connection to creation, the earth, plants, animals, and other humans. Grounding is the process of reconnecting to creation. Natural health practitioners, massage therapists, Reiki masters, and many ministers know how to take time to reconnect to creation as they care for others. I have a friend who puts her hands in the dirt after each massage to release the client’s energy and reconnect her own to the earth. I know people who carry rocks or gem stones in their pockets to remind them of their connection to the earth. Some like to walk barefoot outside. Many like to hike and garden. 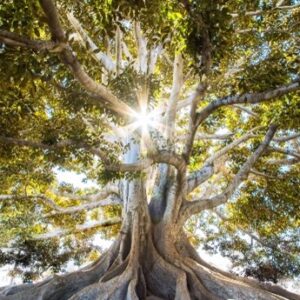 I find reconnection in nature by hiking within a forest of enormous trees, walking on the beach or the bike path, or tilling and tending my garden. I am reminded that as I bring in this summer’s abundant harvest (so far kale, asparagus, black raspberries, blueberries, green beans, yellow squash, and herbs) I am reconnecting, grounding, with creation (the garden) and the Creator (the Sovereign God). It is in these moments where I am able to process stress with better perspective and patience. It is in these embodied actions that I am able to listen deeply to myself, others, and God.