Where do the flags go? 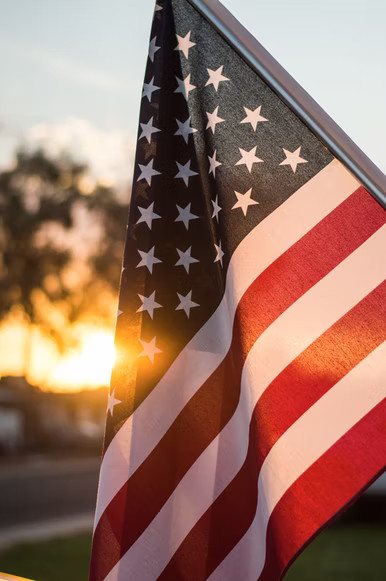 with assistance from Rev. Racquel Ray,

A month or so ago, we had a veteran visiting us in worship. He quickly noticed that our sanctuary flags were not following proper U.S. flag etiquette. Our American flag stood tall adjacent to the pulpit while the “Christian” flag hung above the piano. According to the US Code, the American flag is supposed to be placed “behind the speaker” and “to the speaker’s right.” Ours was to the left.

This gentleman brought his concern to a few of our members who eventually raised it to Racquel and me. Racquel and I shared a few good discussions on the issue and quickly realized that, although we weren’t too far off on our responses, we approached the issue from different perspectives. Therefore, we thought it might be fun to share these perspectives with you in a joint blog having each of us share our own thoughts in turn.

Jesus says, “This is my commandment, that you love one another as I have loved you. No one has greater love than this, to lay down one’s life for one’s friends.” (John 15:12-13) The call to service in the United States armed forces was rooted in this theological praxis. It still informs my ministry to this day.

I am not a pacifist. As Christians we have a spectrum of examples of peace and war. Jesus advised Peter to drop his sword and advised his followers to turn the other cheek. And yet, Jesus also set an example of 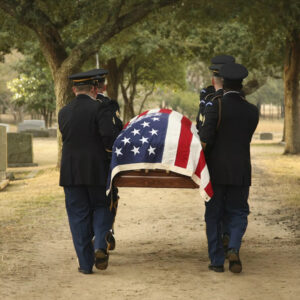 active resistance to temple business practices. Rev. Dr. Martin Luther King Jr. exemplified passive resistance and yet preached justice in the face of violence. I am of the theological mindset that I am compelled toward service even if that means facing violence. Many times, my service has called me to be afraid and do it anyway. Whether military service, chaplain during a pandemic, or greeting a protester outside of the church, I feel strongly about being there for others even in the face of fear.

The call to serve in the face of fear permeates many military members’ mindset. The idea that Christianity mandates pacifism creates a dynamic of leaving military service to non-Christians. In a world where war exists, to me, it seems unreasonable to leave military service to all of our siblings of other belief systems. I chose to serve because I am a Christian and felt it was my duty and my honor to do so.

Military service members swear an oath when they enter service. The oath includes a vow to support and defend the Constitution of the United States and obey the orders of those appointed over them. As part of the basic training indoctrination process, they learn flag etiquette and are required to salute during the National Anthem, the playing of Taps, and at the raising and lowering of the American Flag. Service members are not required to recite the Pledge of Allegiance to the flag as their service Oath is a higher pledge. The memorial flag presented at a Veteran’s funeral is earned on behalf of a ‘grateful nation’. The symbols of the United States: The American flag, the eagle, patriotic songs are all representations of the nation but are not the focus of the American service member’s oath.

So, the flag is a symbol of the nation and a memorial for service members. It represents the ideals of the nation which ought to include liberation, freedom, 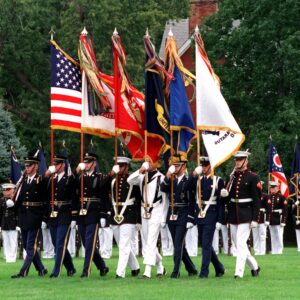 I have ministered in churches where placement, movement, or the absence of flags in the church were divisive. Some congregations do not want flags. Some do. I appreciate the flag in church in honor of the loved ones lost in service to this nation, in honor of the sacrifices made, and the memorials that each veteran, family, and service member holds in sacred remembrance. And if we display a flag in church, beloved, we ought to place it correctly.

Oh, I’ve been down this road before! It often isn’t pretty. Placement of the American flag in worship can be a passionate and contentious issue. Given how divided and tense our country is right now, I’m not sure I would choose to address this issue at all. However, as it has been brought up, it certainly requires a reflective and compassionate response.

On the surface, the US Flag code seems unequivocal in its position: in a public forum, the flag is to be placed behind

and to the right of a speaker. However, as I have researched this topic before, there are some arguments for an alternate interpretation. The flag code also states that the flag ought to be placed in the “the place of honor”, then lifts “to the right of the speaker” as a clarification. However, one could argue that having the flag place adjacent to the pulpit is a place of greater honor than on the other side of the chancel behind the piano. This could be a matter of interpretation.

Additionally, the US Naval code states that while onboard a ship and during a service of worship the “Christian or Jewish pennant” may stand in the place of prominence to the right of the American flag. This, again, opens the door for some manner of interpretation of the proper placement of the American flag in a sacred space (while one must also recognize that we are neither in the US Navy nor aboard ship!).

It is also worth pointing out that in many Christian traditions, Roman Catholicism being the most prominent one, the American flag (or any national flag for that matter) is never allowed in worship at all. In the Roman Catholic tradition this is because the land in which a Roman Catholic church stands is considered an extension of the Vatican and not of the nation in which it resides. In protestant circles this tradition often carries because, according to scripture, we, as Christians, are reminded that we are members of a greater kingdom, the Kingdom of God.

Of course, that latter point is potentially moot, as we are not discussing whether the flags should be removed, but rather where they ought to be placed. However, it does raise the question of whether a Biblical 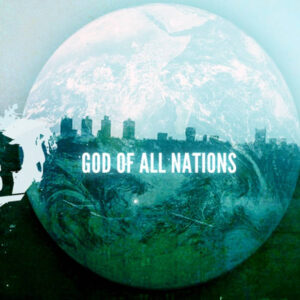 perspective might also be relevant when discussing the placement of flags in a place of worship.

All this leads me to the final crux of my argument. What is the will of the congregation in this matter? What does their faith lead them to decide when it comes to placing the American and “Christian” flags in their sanctuary?

It is possible that the flags were in their present location for specific reasons. Perhaps the congregation has discussed and debated this issue in the past, and the present location was the determination of the body that this was the best expression of their faith.

Or perhaps the flags were just placed as they are by mistake. Who knows?

For me, this decision is one that ought to be made intentionally by the congregation with clear knowledge of the US flag code AND an understanding of their faith as it pertains to one’s allegiance with their nation in respect to their allegiance to God. Fortunately, in this country, we have the freedom to answer this question as we choose. And as Congregationalists, we further have the freedom to do as we will in our own space.

In the end, Racquel and I decided to inquire of both the Church Council and some long-time members of the congregation if there was any known reason or tradition behind the placement of flags in our sanctuary. What we discovered in our brief research is that 1) no one was really aware of which flag was  placed where, 2) 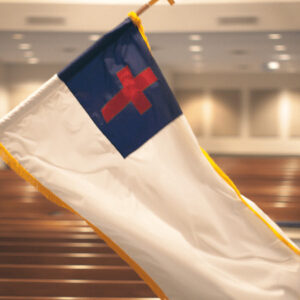 no one had given it any thought, and 3) no one could recall any reason for the flags’ current placements. So, this week Racquel and I decided to swap the flags to reflect the US flag code out of respect for those who expressed concern. This actually provides the American flag its place of honor to the right of the speaker and the “Christian” flag its place of honor adjacent to the pulpit.

Ironically, after all of this, when Racquel placed the American flag behind the piano, she noticed that there was cord hanging from its pole as well as a hook placed in the wall at the same relative height as the cord. This hook apparently helps to keep the flag upright when placed in the holder, suggesting that this is the intended placement of the American flag all along! We have no idea when, how, or why they were switched. Our only guess is that it happened the last time the sanctuary was painted…

Note: I have placed the word Christian in quotation marks in reference to the “Christian” flag as there actually is no official Christian flag. The flag we use was apparently created in the 1800’s for a Sunday School program in Pennsylvania and has since been adopted by many churches around the country as the “Christian” flag.